Since the 1980s, the Gastrolyzer® range breath hydrogen (H2) and methane (CH4) monitors have been the gold standard to aid in the detection and management of gastrointestinal disorders.

One monitor can do it all : 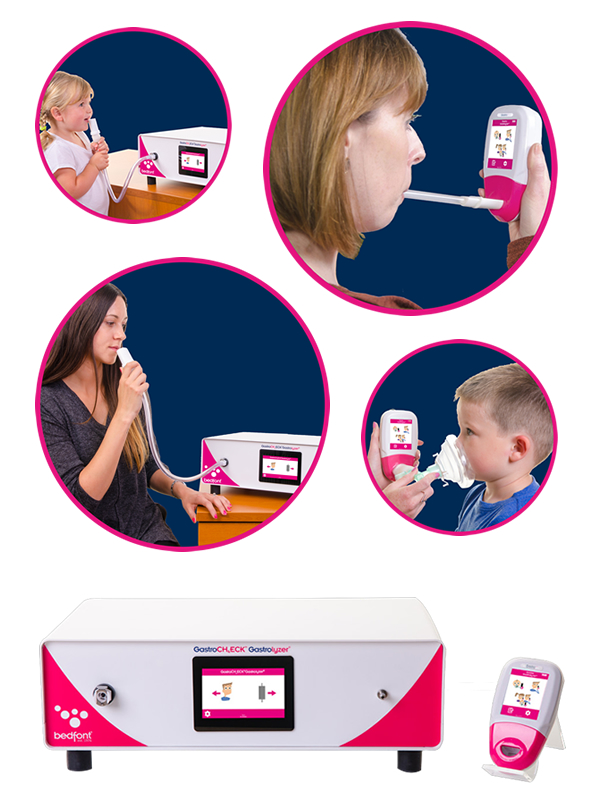 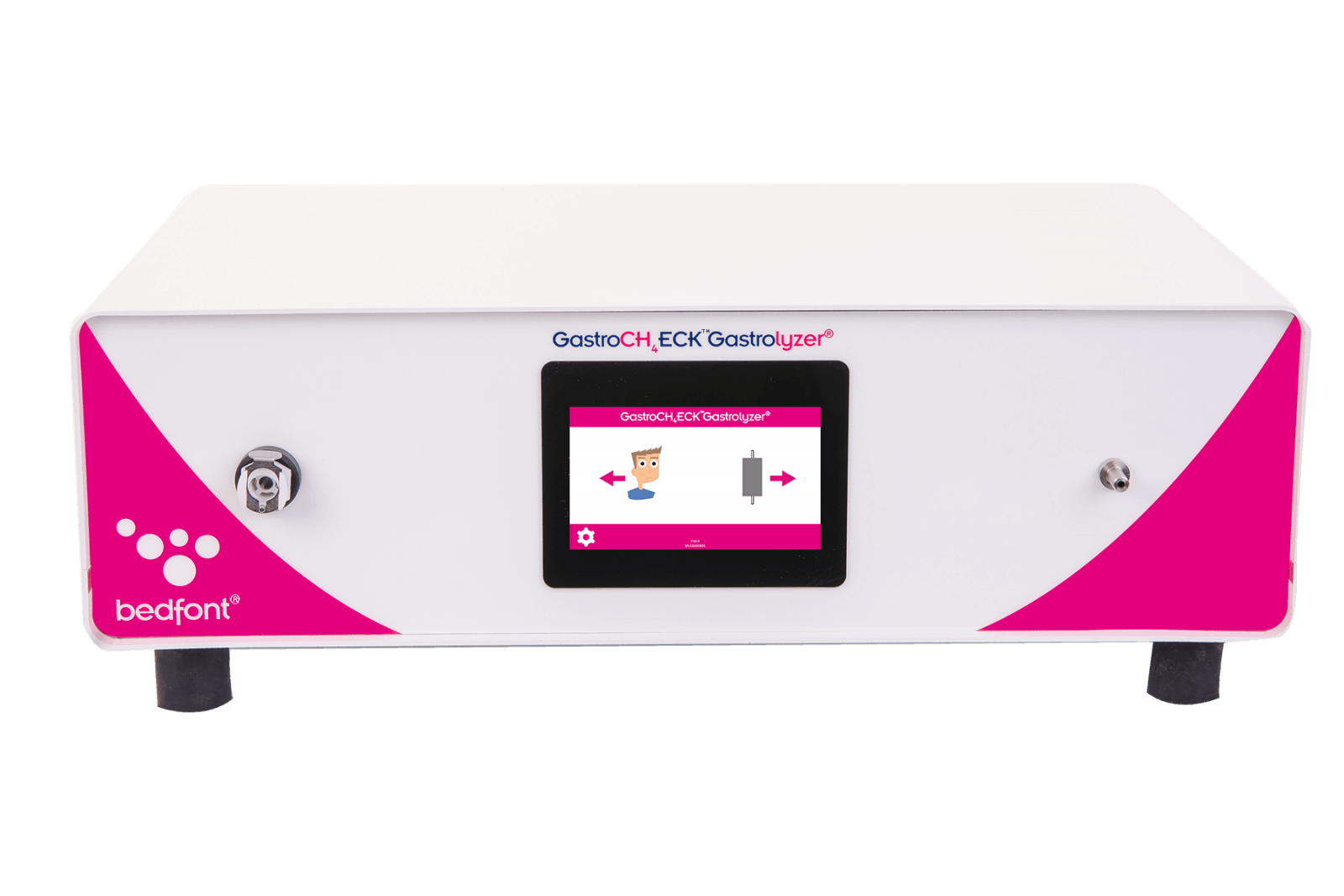 The world’s most advanced handheld H2 monitor gets even better with:
●  instant warm up
●  ability to manage multiple studies
on the monitor
●  & more… 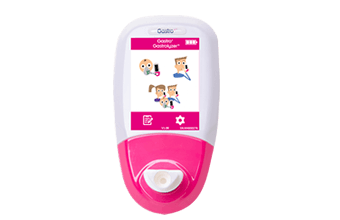 Confused by too many options?

The features that matter for office efficiency and patient comfort. 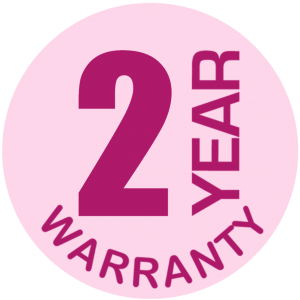 ● Immediate results on the monitors at your fingertips 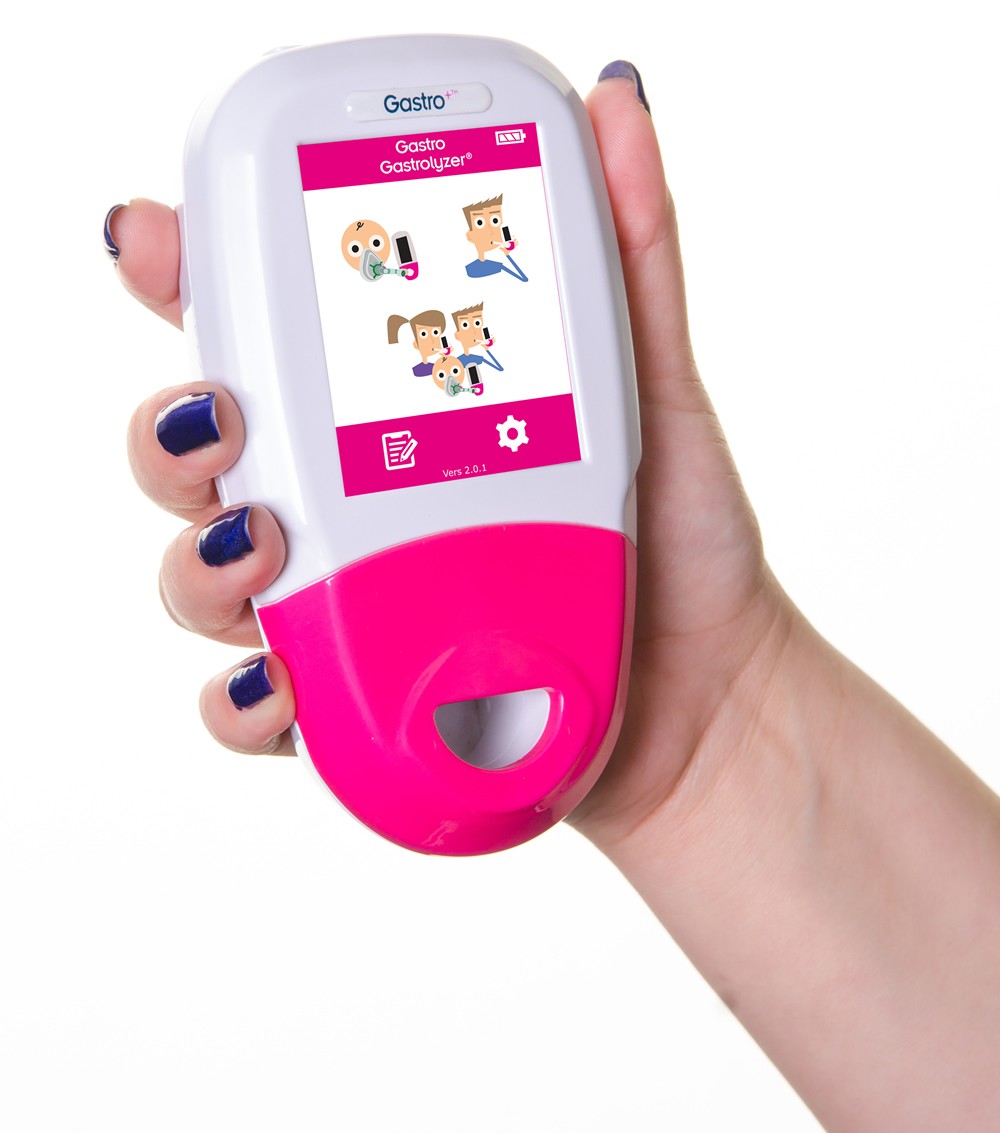 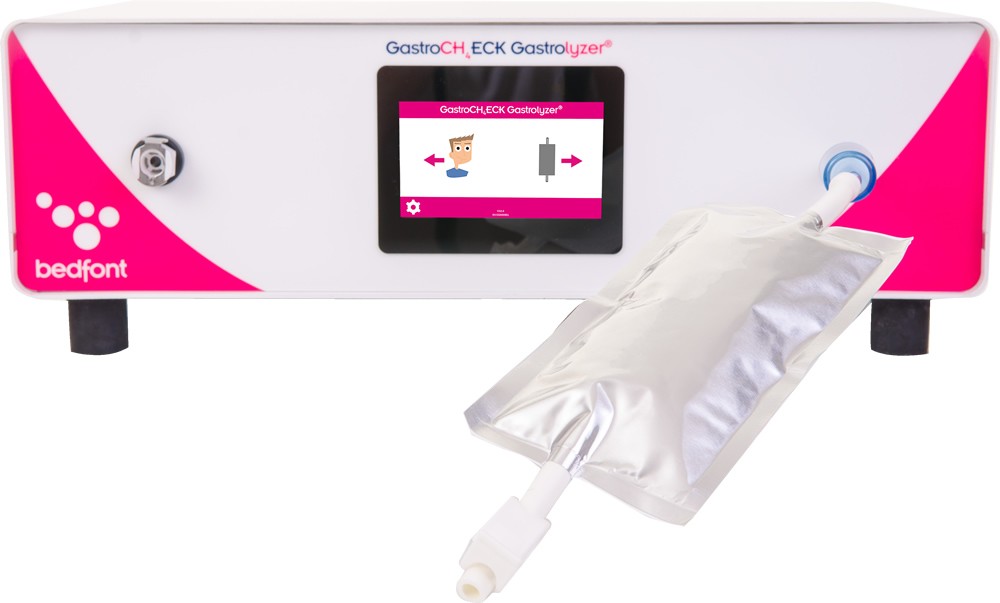 Do you bill insurances for medical services? 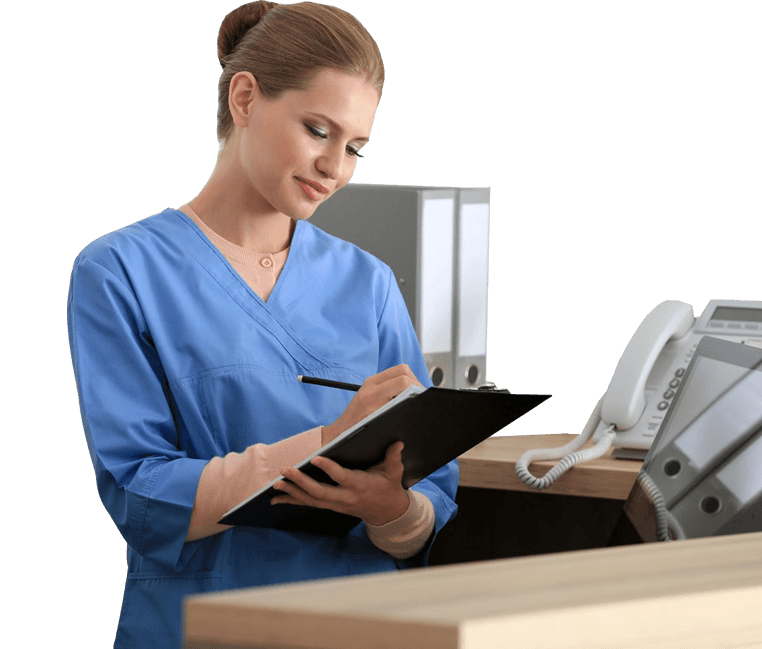 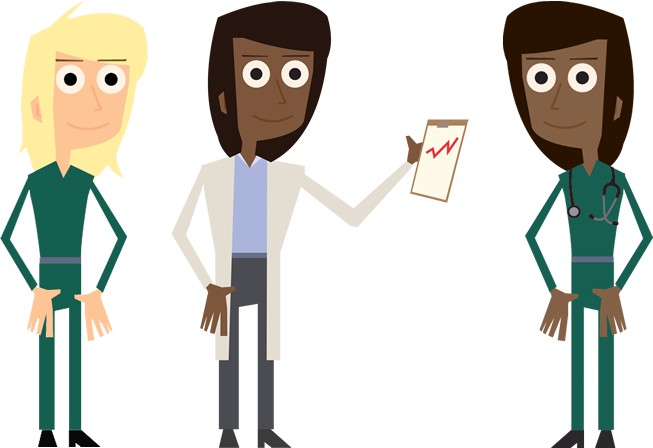 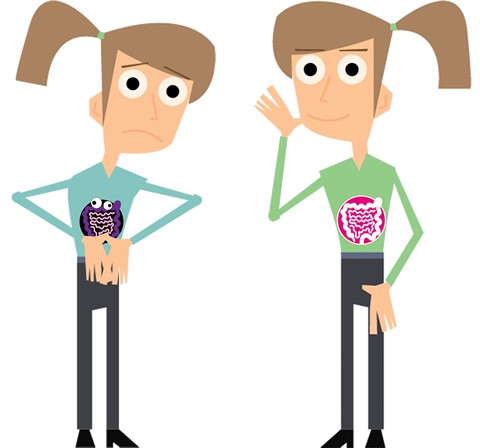 Conducting a breath test is simple, non-invasive, and rapid results.

Schedule your patients for test 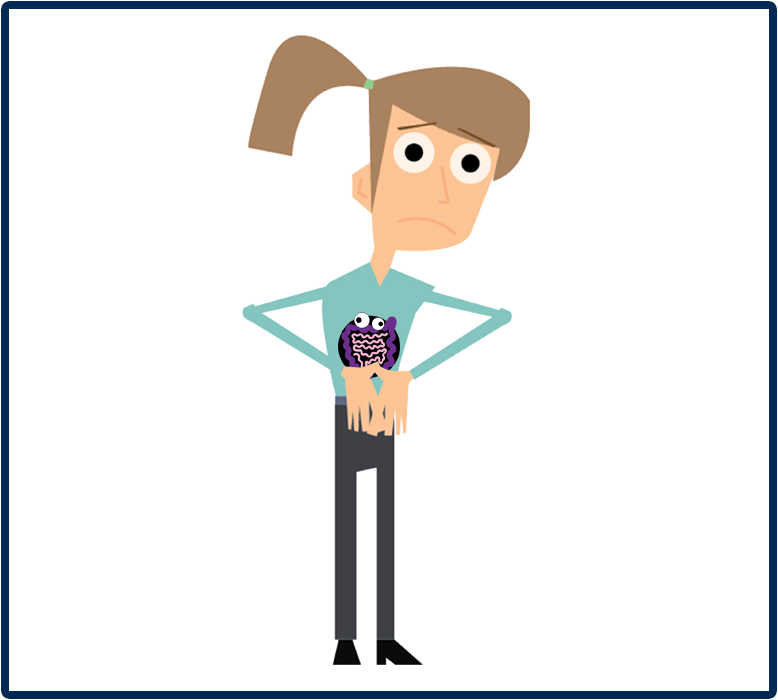 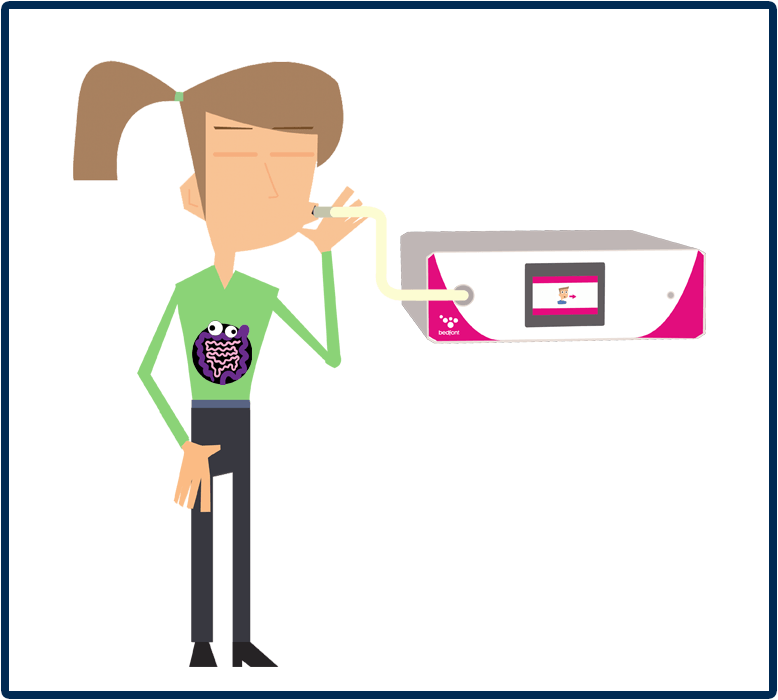 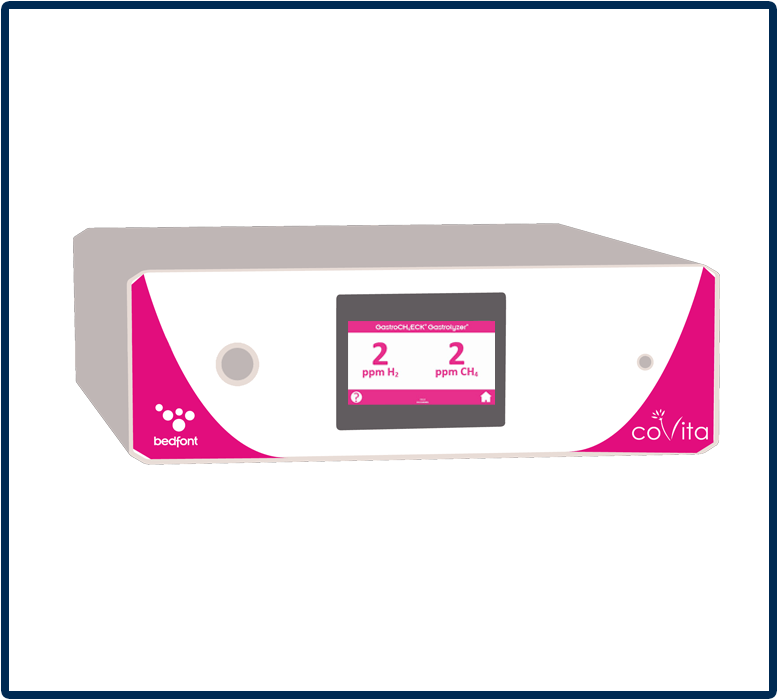 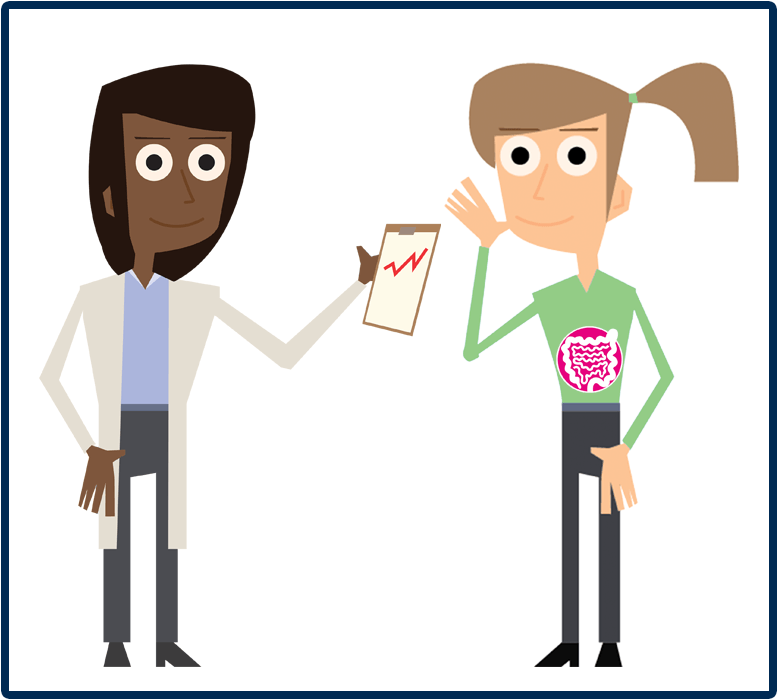 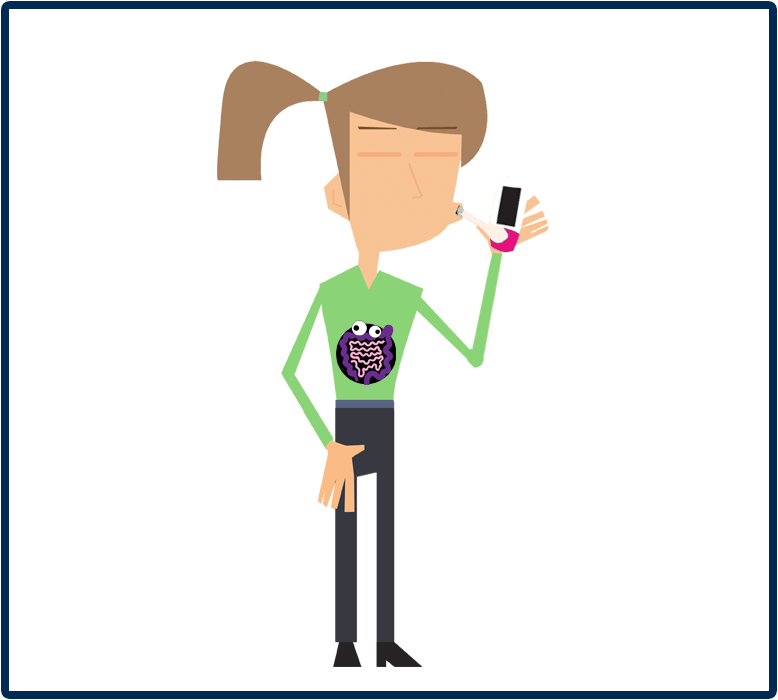 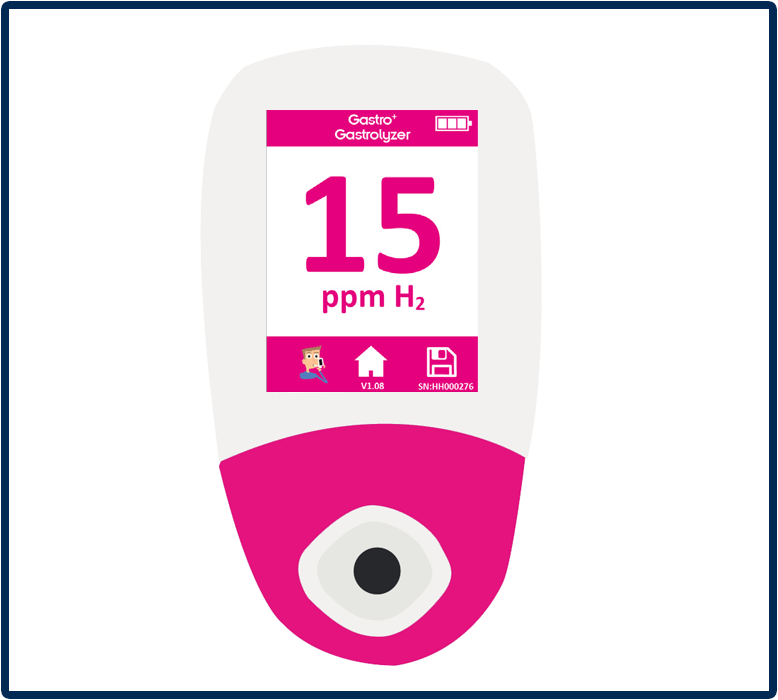 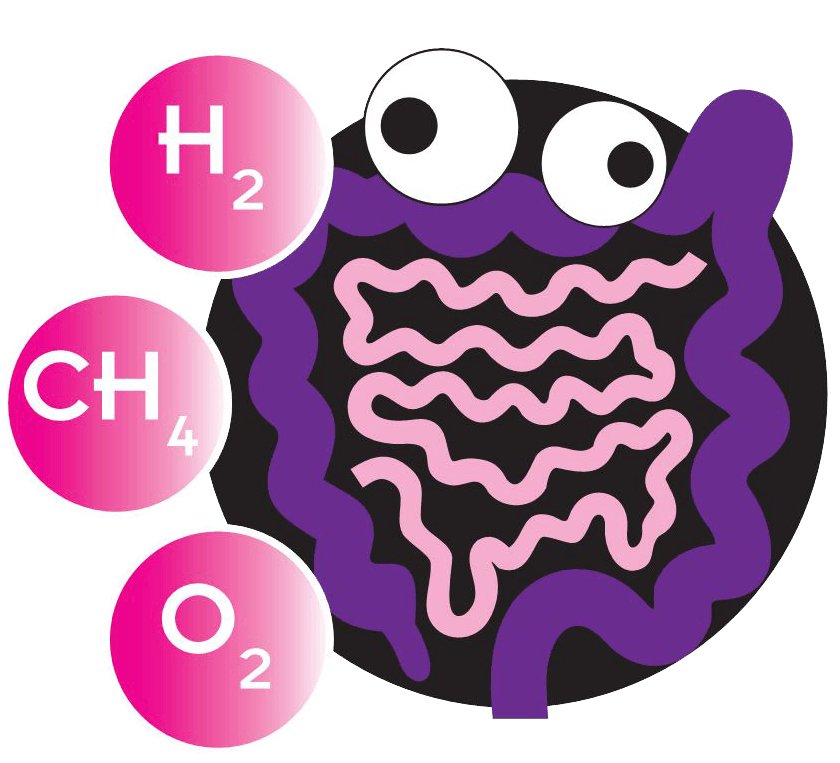 One monitor can do it all…..

HBT is a non-invasive, and specific means of aiding in the diagnosis of small bowel sugar malabsorption. HBT makes use of gut bacteria’s ability to digest sugars and convert these to hydrogen & methane , which is then absorbed into the blood and can be measured in exhaled breath1.

The test is commonly used in adult and pediatric gastroenterology departments to aid in the diagnosis of malabsorption of the sugars lactose, fructose and sucrose etc. It is also used to investigate small intestinal bacterial overgrowth (SIBO)2. The Gastrolyzer® range is world renowned for delivering accurate hydrogen & methane breath testing, cited by clinical leaders in gastroenterology, such as Robert Heuschkel3 and Way Seah Lee4 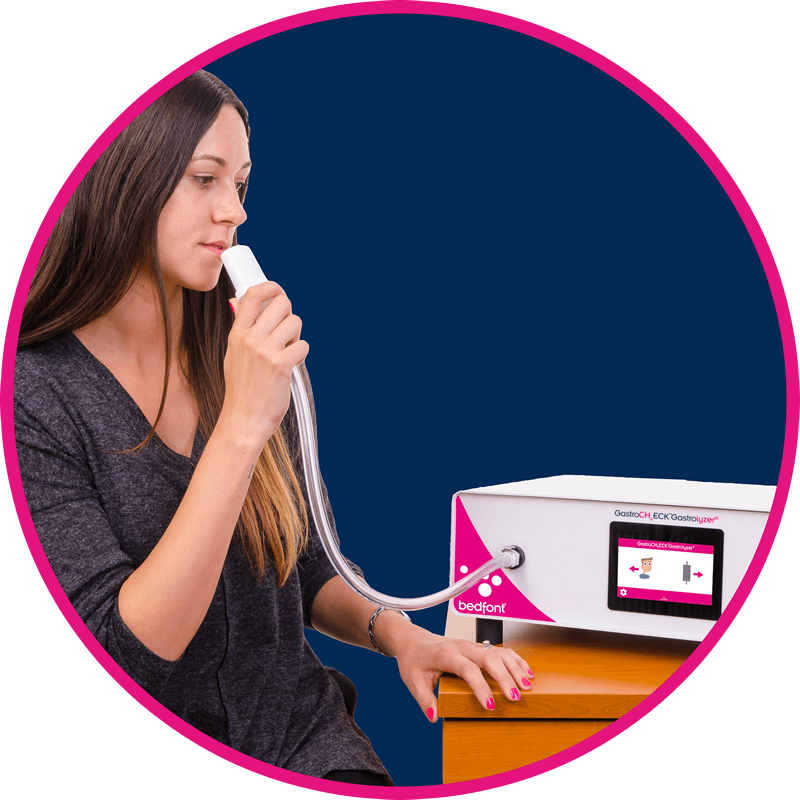 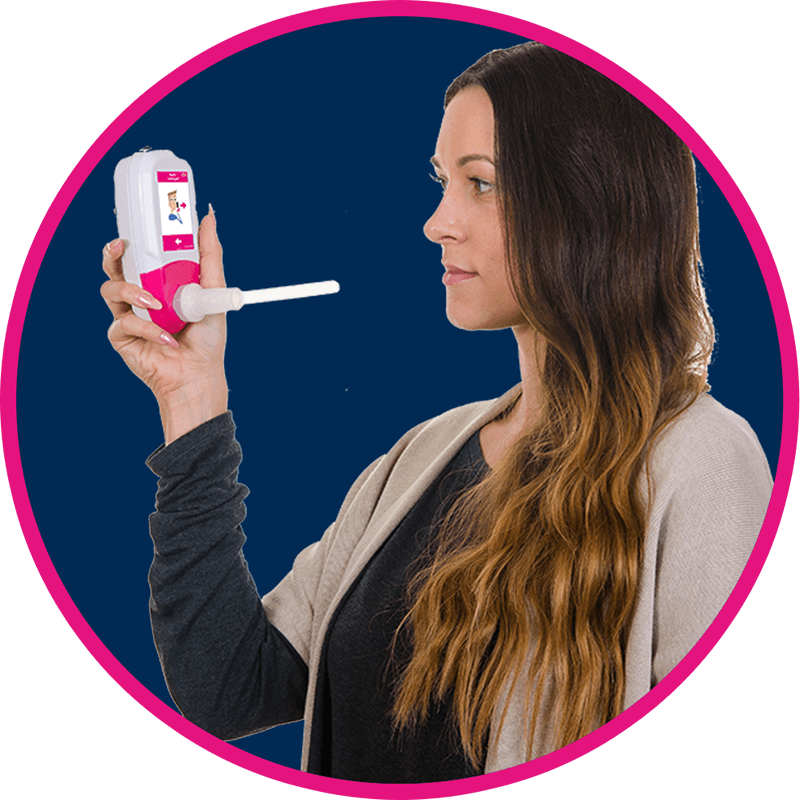 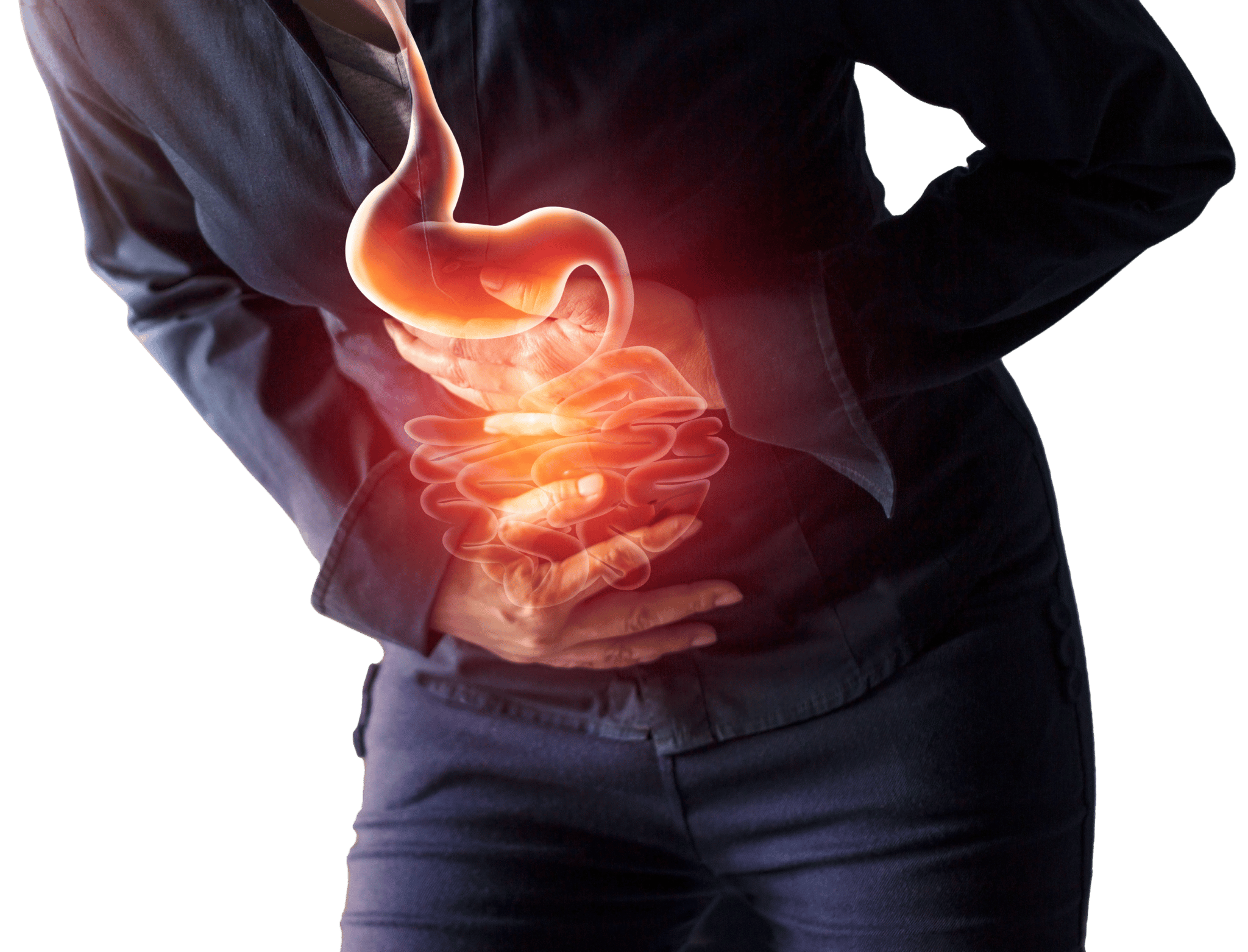 Ideal for the following industries

The Gastrolyzer®️ line is relied on by researchers at leading institutions to study functional gastrointestinal disorders.

ND’s work with their patients to prevent and treat acute and chronic illness and disease by emphasizing nature’s organic self-healing process, the vis medicatrix naturae.

Why is it important?

The Gastrolyzer® hydrogen and methane breath test is a non-invasive way to assist doctors as an aid in the diagnosis and management of a number of conditions and disorders. One such condition the Gastrolyzer® tests for is lactose intolerance. Nearly 70% of the global population is intolerant to lactose. In the United States alone thirty to fifty million Americans are lactose intolerant. Additionally, the Gastrolyzer® can test for all these intolerances and malabsorption issues: fructose, sorbitol, sucrose, fructan, xylitol, & more. As well as testing for Small Intestinal Bacterial Overgrowth (SIBO).

About 30% of the world’s population are methane producers. These people produce methane because they have a specific species of archaea (a different type of organism from bacteria) in their gut called Methanobrevibacter Smithii that feeds on hydrogen produced in the gut which is then turned into methane, which is released into the gut and ultimately out into the breath. It takes 4 molecules of hydrogen to make 1 molecule of methane, which is why the methane breath measurement will typically be less than that of hydrogen, but has the same diagnostic implications. It is important to test for methane as well as hydrogen because people can have symptoms from the methane that is released into their gut, but it would go undetected if only hydrogen is measured. Methane slows down transit time by slowing the peristalsis reflex, which is the muscle that moves food along the digestive tract. Constipation is the most common clinical symptom of a methane producer. It has been found that there is a direct correlation between the amount of Methanobrevibacter Smithii in the gut, the amount of methane released in the breath, and the severity of the constipation.

Gastrolyzer® breath testing is inexpensive, non-invasive, and is a revenue stream for the practice. Plus, the test is easy on the patient, efficient, and is covered by most insurance carriers.

And since the results are immediate, the breath test allows doctors to arrive at a diagnosis quickly and accurately and allows patient to have better quality of life and gut health.

Hydrogen Breath Testing (HBT) is typically offered to patients reporting or with indications of the following clinical complaints or disorders (regardless of when these complaints occur):

If you are interested in receiving supporting data, please contact us and we would be happy to search our archive of over 70+ years of research on breath analysis. 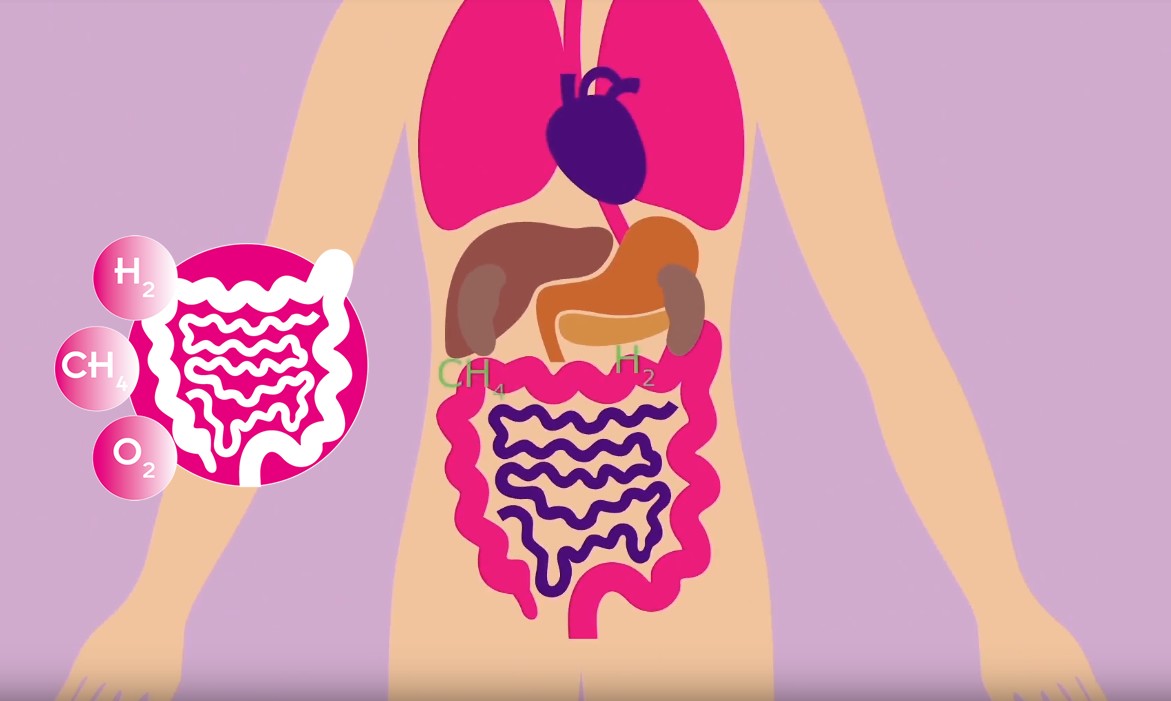 What is the purpose of the Gastrolyzer® HBT test?

The purpose of the Hydrogen Breath Test (HBT) is to investigate unexplained gastrointestinal complaints that the patient is experiencing, such as bloating, gas, diarrhea, IBS, abdominal distention and pain, malnutrition, etc.

How does it work?

Using just a breath sample, this non-invasive test can help to determine if a patient has an intolerance to specific foods, detect and monitor these intolerances, as well as investigate a condition known as bacterial overgrowth.

How can you identify a problem just from testing a patient’s breath?

It’s very simple. When a patient has a problem digesting certain foods (or they have bacterial overgrowth), specific bacteria in their gut get exposed to the undigested food and create the gases, hydrogen (H2) and/or methane (CH4). These gases get absorbed into their blood, which then gets dumped into their lungs, and they breathe it out.

How accurate is this test?

Breath testing, and specifically HBT, has been around for over 40 years and the medical literature is very favorable regarding the accuracy of this test. As compared to other testing modalities such as cultured biopsy, the literature has demonstrated that HBT is an equally reliable analytical method.

What is the advantage of the test?

This test is similar to other diagnostic tests that you may order for the patient, but with the added advantage that it is non-invasive – the patient can be back at work ornormal activity the same day. As with any other test, HBT offers a view into the overall picture of the patients’ gastrointestinal health.

Is this test reimbursable?

Yes, using CPT code 91065. If the test is performed in the office and the physician interprets the results, you can be reimbursed the Global fee. You’ll use the one code regardless of which substrate/test (i.e. lactose, fructose, glucose for SIBO, etc.) that you are performing.

How many patients can I test simultaneously?

There is no specific limit to the number of patients that you can test simultaneously, however, there may be a limited number that you can manage effectively at one time. Generally, six patients at one time seems to be the most manageable number for one staff member to manage.

What is bacterial overgrowth?

Small Intestine Bacterial Overgrowth (SIBO), is a condition where a specific type of bacteria which are normally only present in the colon, overgrow into the small intestine. These bacteria should not be in the small intestine and if they are present, they will feed off of the food (carbohydrates) consumed daily and create many of the gastrointestinal problems that people experience.